Fucking Burn It- Age on Stage

“Frolicking, wild and slapstick-like scenes merging with aggression towards the audience. One of the most outstanding accomplishments on Czech dance scene.” (Vojtěch Varyš, Týden.cz)”genuinely lively, entertaining and disturbing at the same time…“

” …there is a shimmer of unpretentiouseness over Jus de la Vie, even though the base is the dancedramas used themes such as love, meetings, fear and relations it is choreographed with sharp changes in both emotional states as well as expressions. Every day gestures meets modern dance spiced with voices and a musical choice that often becomes an absurd comment”
Svenska Dagbladet

“They have a wanting to touch your souls without selling themselves to the audience. Go and see!!!”
Svenska Dagbladet

“There are no shy violets that stands behind Charlotta Öfverholms premiere in Stockholm.”
Svenska Dagbladet

“Charlotta Öfverholm is reaching full bloom and is leaving the scetch state…”strong personal tone gives the dancers a chance to take the commando over their bodies in flowing relaxed, but also explosive dance”… “a playfull humoresc about all our loneliness and longingness for recognition and support…” “The end mirrors the beginningpicture; eight individuals closed into themselves, repeating the same movements, the same gestures. In their short meetings the game becomes violence, the flirt mistrust, the egocentricity comedy. The choreographer is letting soft flow break with expanding outburst and laborates with parallell happenings and the stillness´ tension in a very convincing way”
Svenska Dagbladet

“Body, music and voice are used to its extremes in strong, rythmical stories about simple existencial things: loneliness, meetings, love and the lust to be more than just a body. The dramaturgie is generous and surprising and the movements full of original details. The presence on stage is very strong, and the sexual force of the bodies and their games with eachother, are clearly telling the fear of closeness of todays society. But if alienation and body fobia are used themes of todays modern dance, CÖ is taking another route and is mixing suffering, demands, humor and raw dancelust…”
Aftonbladet

“At last the Swedes came and shaked Pfefferberg up… Jus de la Vie from Stockholm dance with wonderful power and strong decisions. Over and over again testing their limits of physical possibilities by putting the barriers higher and higher… …consequently looking for the maximum possibilities of expression. All movements, in which you can read real craftwork of modern dance, tells the pleasure in giving everything to its ultimate extreme without tearing yourself or the audience apart. ”
TAZ, Berlin

”Against a nostalgic set of the smell of glögg and christmastree is she drawing a drastic black humoristic familyportrait, a christmascoctail …
In the light of the holidays forced togetherness and fast flirts, the loneliness stands out even clearer.

… Öfverholm uses the whole space/ room and creates clear contrasts between individual, carefully designed expressions- like the singing- and dance sections that for some short moments change the frozen positions. She paints a theatrical world over an archetypical ritual where 13 souls stumbles around the blessing of the table and somebody falls outside.
As audience you are drawn into an unpretencious party of life force”.
Svenska Dagbladet

”…Jus de la Vie invites with a sense of contrasts and a trip that uses the room and the individuals. It´s raw, it´s funny. …the temperaments squeeze the last drops out of the bodies. Worth experiencing!”
Svenska Dagbladet 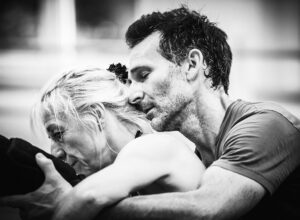 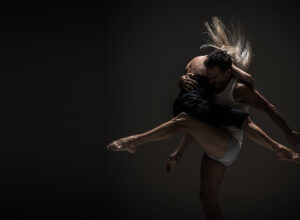 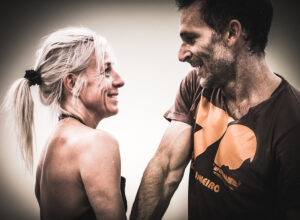